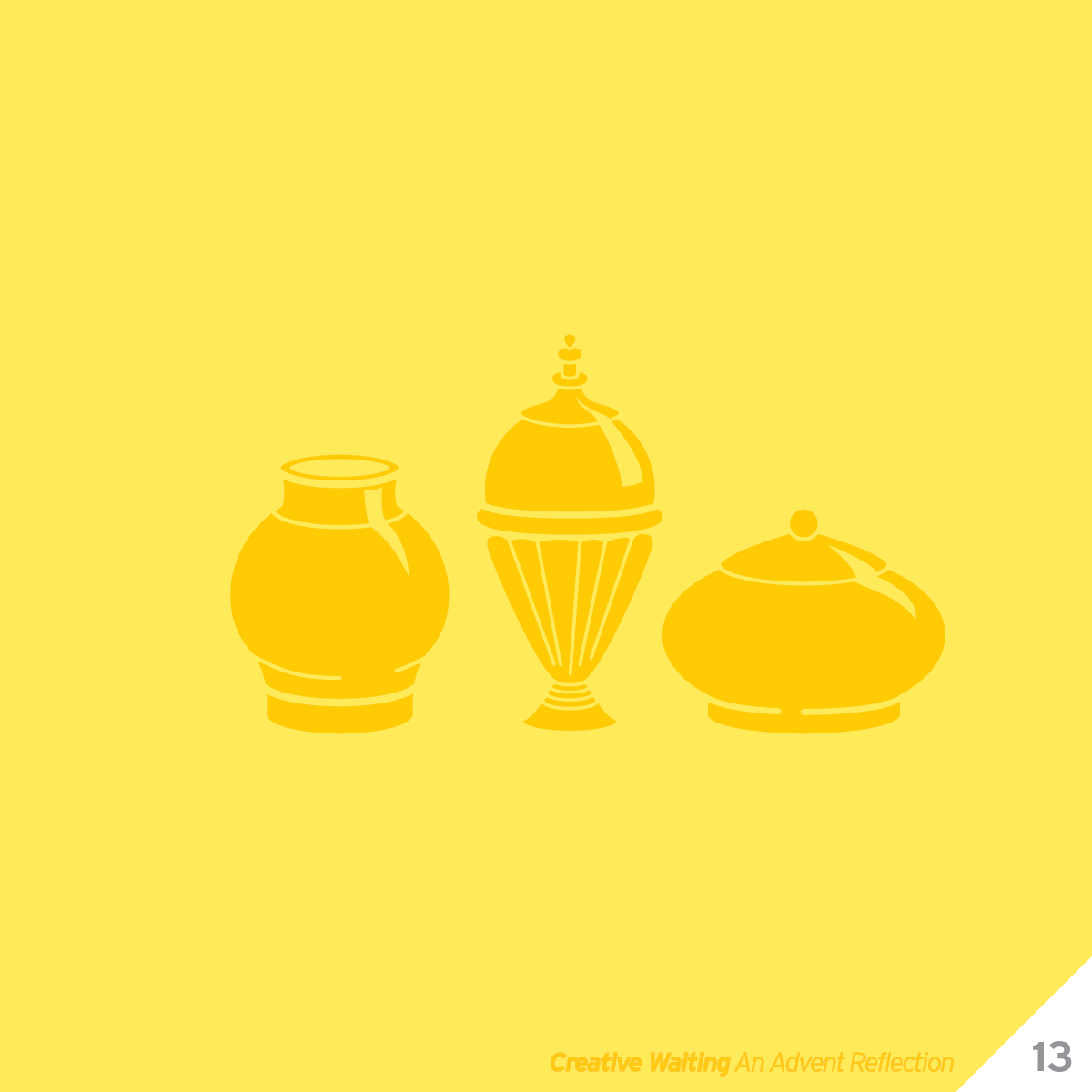 The story takes a grand turn here. If there was a doubt about the scale of this story, these details bring a bigger picture to light.

We've moved from small town story to something much grander.

Wise men. Band of scholars. Kings. Regardless of title, these men came from a great distance. They traveled to meet this baby and give him magnificent gifts. And, the King they met along the way would later kill to find this newborn.

This part of the story is really an account of kings. We have kings—the wise men—who hear of this baby and their response is to submit their kingdoms to him. And we also have a king, King Herod, who is so threatened by Jesus that he murders many in an effort to eliminate the threat. Two responses to the news of a savior.

We're halfway through Advent, now. We've read a good bit of the story. What do you make of it? What do you hear and see? Have you heard anything again for the first time? Who do you identify with in the story?

Here are the readings for the thirteenth day of Advent:

"After Jesus was born in Bethlehem village, Judah territory—this was during Herod’s kingship—a band of scholars arrived in Jerusalem from the East. They asked around, “Where can we find and pay homage to the newborn King of the Jews? We observed a star in the eastern sky that signaled his birth. We’re on pilgrimage to worship him.” When word of their inquiry got to Herod, he was terrified—and not Herod alone, but most of Jerusalem as well. Herod lost no time. He gathered all the high priests and religion scholars in the city together and asked, “Where is the Messiah supposed to be born?” They told him, “Bethlehem, Judah territory. The prophet Micah wrote it plainly:
It’s you, Bethlehem, in Judah’s land,
no longer bringing up the rear.
From you will come the leader
who will shepherd-rule my people, my Israel.”

Herod then arranged a secret meeting with the scholars from the East. Pretending to be as devout as they were, he got them to tell him exactly when the birth-announcement star appeared. Then he told them the prophecy about Bethlehem, and said, “Go find this child. Leave no stone unturned. As soon as you find him, send word and I’ll join you at once in your worship.” Instructed by the king, they set off. Then the star appeared again, the same star they had seen in the eastern skies. It led them on until it hovered over the place of the child. They could hardly contain themselves: They were in the right place! They had arrived at the right time! They entered the house and saw the child in the arms of Mary, his mother. Overcome, they kneeled and worshiped him. Then they opened their luggage and presented gifts: gold, frankincense, myrrh. In a dream, they were warned not to report back to Herod. So they worked out another route, left the territory without being seen, and returned to their own country."