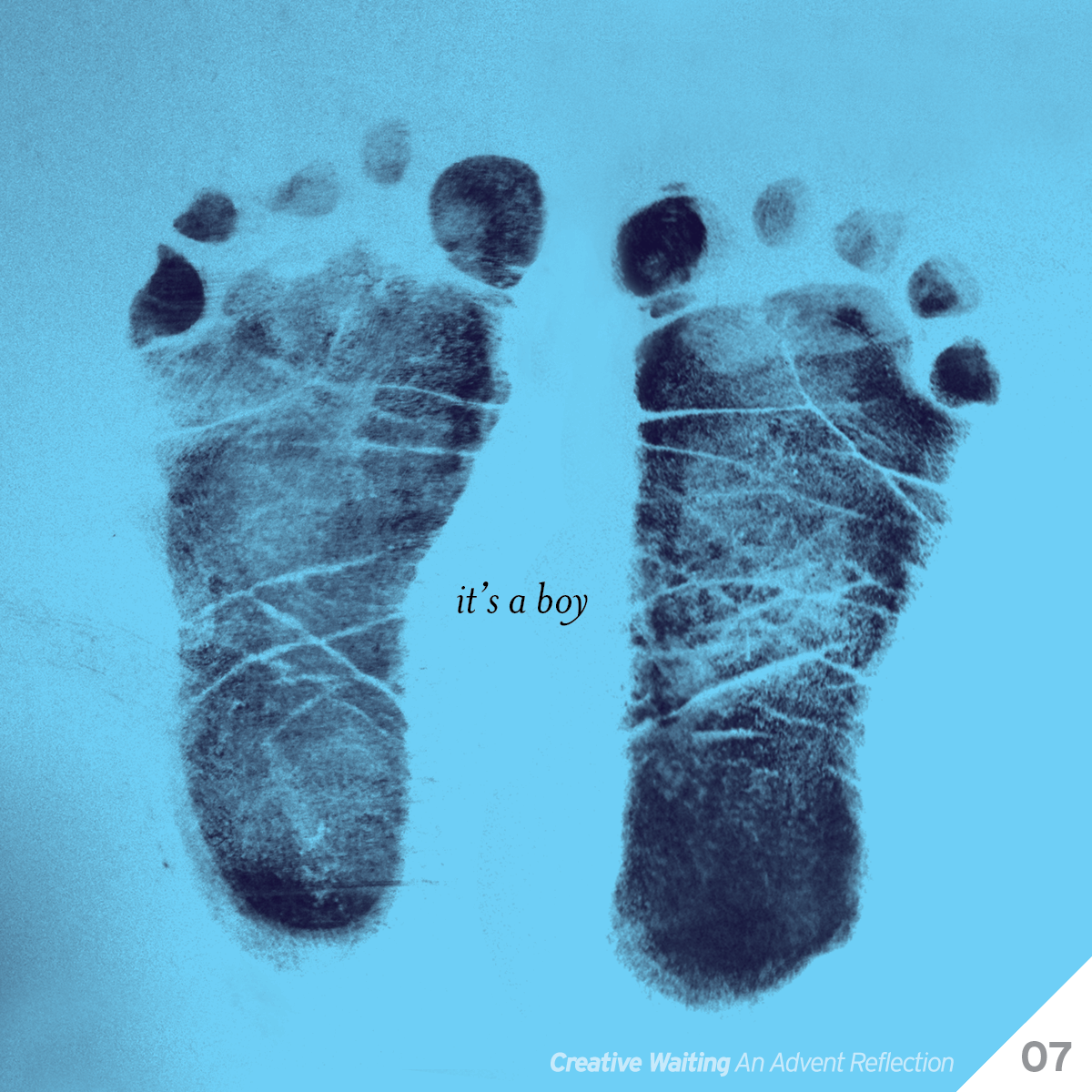 I have a great love for our family Advent Calendar, much like my older brother and sister. I remember impatiently awaiting the day after Thanksgiving when we could fetch the Christmas decorations down from the attic, all familiar and memory-filled. The boxes smelled like cinnamon Christmas candles. Each decoration held its own story that we would recollect as we hung them around the house.

However, the Advent Calendar was like the gift that gave all December long, unlike the Christmas stockings or presents on Christmas morning. Every day it gave us a gift of another ornament, another card of verses, another dinner discussion after the plates had been pushed back, the ketchup had dried on our plates, the milk had been drained from our glasses and we were content enough to listen.

There were three of us children and so every third day we each had a turn to choose the ornament out of a pocket and on the other two days our siblings would take a turn. I always hoped for a "good" ornament when it was my turn, the ones that looked pretty and had Bible verses that interested me (or were short). December 7th is always a "good" one. A little, red envelope with a tiny piece of paper inside that says, "It's a boy!"....God's Announcement.

It tells of Isaiah's prophecy, "Unto us a child is born", centuries before the prophecy was fulfilled. It tells of the angels' announcement to the shepherds, urging them to go and worship the Christ child who has just been born. The greatest birth announcement in the history of mankind was given years before Jesus lay in a manger. For hundreds of years, God's people waited for the coming of their King.

That's what Advent is all about, isn't it? The longing, the anticipation, the waiting. God's people waited a long, long time. We live in a time that says we should have every need met immediately, we should be comfortable, we should never be desiring something for too long because that may mean unhappiness. Advent is the annual reminder that we should be constantly in a state of watchfulness, preparation, and anticipation for the second coming of the King.

Here is the reading for the seventh day of Advent:

"For a child has been born—for us!
the gift of a son—for us!
He’ll take over
the running of the world."

There were sheepherders camping in the neighborhood. They had set night watches over their sheep. Suddenly, God’s angel stood among them and God’s glory blazed around them. They were terrified. The angel said, “Don’t be afraid. I’m here to announce a great and joyful event that is meant for everybody, worldwide: A Savior has just been born in David’s town, a Savior who is Messiah and Master. This is what you’re to look for: a baby wrapped in a blanket and lying in a manger.” At once the angel was joined by a huge angelic choir singing God’s praises:

Glory to God in the heavenly heights,
Peace to all men and women on earth who please him.